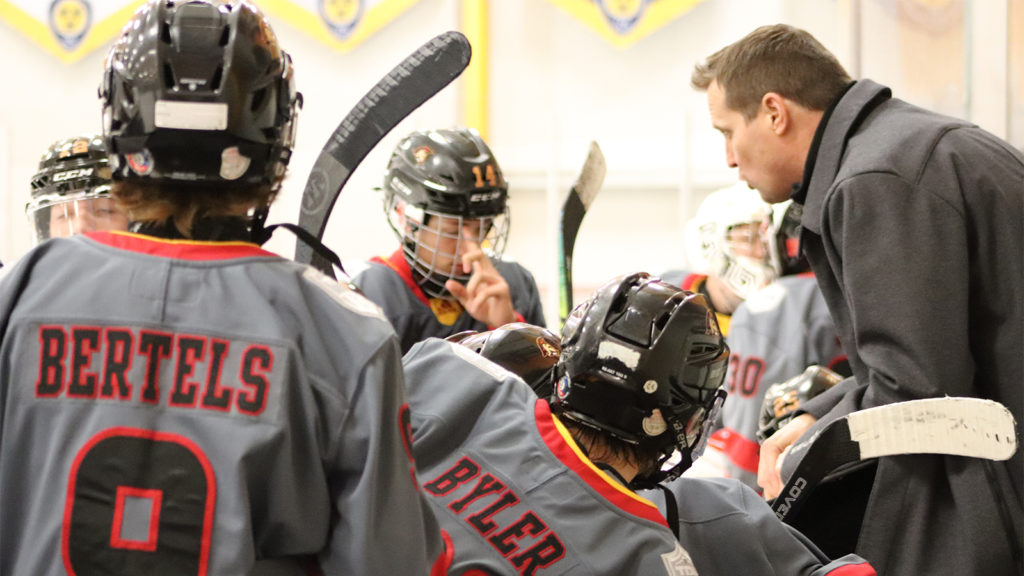 The Tri-State Spartans are pleased to announce the 2020-2021 coaching staff:

Coach Parillo won a National Championship with the USHL Desmoines Buccaneers and then attended Merrimack College in Hockey East. After graduation he attended the Detroit Red Wings main camp and then split his time playing in the AHL and the ECHL, spending much of his time in Toledo. After forming and operating Hockey Player Development (HPD) clinics, Coach Parillo merged this with Tam O’Shanter and helped to form the Sylvania North Star organization. Coach Parillo was instrumental in bring the Sylvania 18U AAA program into the Tri-State Spartans.

Coach Austin has been coaching College, Midget AAA and High School hockey athletes for over 20 years. He played Maritime Junior A hockey at Halifax and received USA Level 5 and Canada Level 3 coaching certifications. Coach Austin has coached the Tri-State Spartans 18U team since its inception 3 seasons ago. In this role, he has helped advance players to the nonpaid to play Junior ranks. Coach Austin will also act as the GM for the 16U Spartans team and is part of the Tri-State Spartans executive board.

Coach Perrault played Division I college hockey at Bowling Green State University, where he was first team All-American. He was a seven season All-Star in the AHL, ECHL, IHL, UHL and Germany. Coach Perrault has played over 650 professional hockey games, winning championships with the Quad City Mallards and the Ft. Wayne Komets. Coach Perrault has been part of the Tri-State Spartans coaching staff for many seasons.

Coach Fraser was the Captain of the OHL Oshawa Generals for a Memorial Cup win, earning MVP honors. From there he progressed through the AHL to the NHL where he was drafted by the NY Islanders. Coach Fraser played professional hockey for over 17 years and over 1000 games with the likes of the Winnipeg Jets, Dallas Stars, Edmonton Oilers and San Jose Sharks. He was won awards such as a NHL all-rookie team selection, second team AHL All-Star, OHL player of the year and won a Bronze Medal with Team Canada at the ’95 World Championships. Coach Fraser is part of the executive board for the Tri-State Spartans and has been coaching with the program since its inception.

Following his major junior year, Coach Morency stepped into the pro ranks with the United Hockey League. He then went on to play in the ECHL and the AHL, where he was nominated for the Yannick Dupre Award 3 years in a row. He finished out his career playing in Europe in Austria and the UK. After retirement, Coach Morency began coaching at the Fernie Academy and then in the Quebec Major Junior Hockey League and AAA hockey for the next 3 years.

Coach Leef played for 2 years in the OHL prior to attending a tryout with the Vancouver Canucks. He played 6 years in the IHL with the Ft. Wayne Komets and has been inducted into the Komets Hall of Fame. Coach Leef has over 18 years of coaching experience in youth, high school, AAA and college.

Coach Farrier played Division III college hockey at Northland College. He has 8 plus years of coaching experience at the youth, high school and AAA levels, with two of his 2017 and 2019 high school teams winning Indiana State High School Hockey State Championships. Coach Farrier has been an assistant coach for the 18U Spartans for the past 3 seasons prior to taking this position.