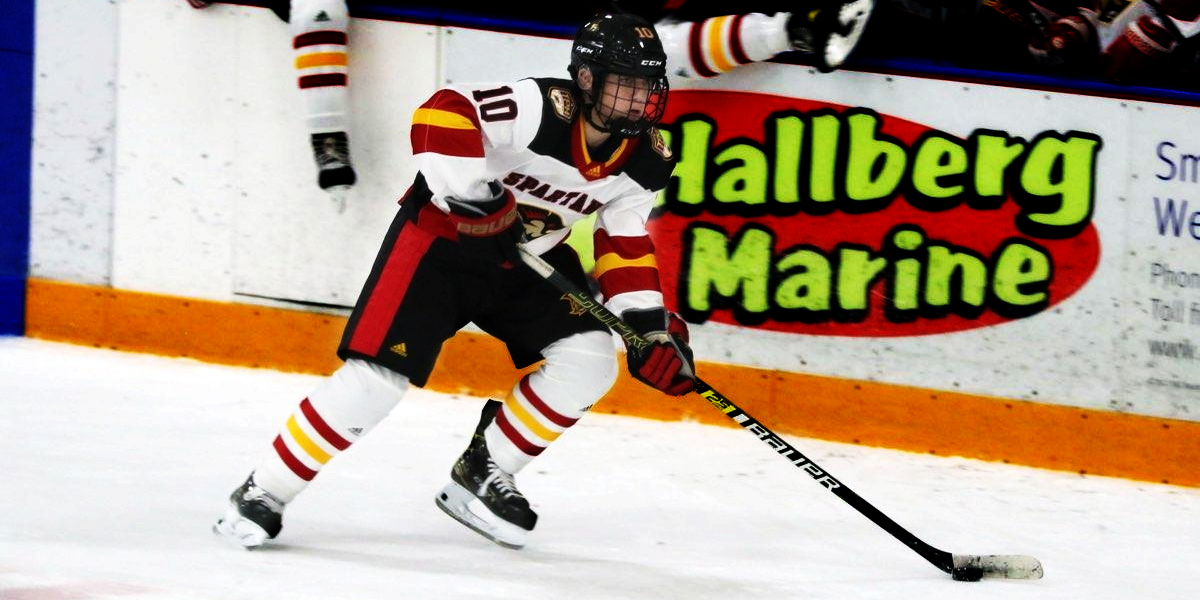 October 1, 2021 /// Comments Off on Doxsey and Spartans Start Strong

The Tri-State Spartans are pleased to announce that 15U forward, Carson Doxsey was recently named NAPHL Peak Performer for the month of September. Carson posted eight points (5 goals, 3 assists) in five games played in September.  He recorded at least a point in four of the five games and had two multi-point games. Congratulations to Carson and his team!

The Tri-State Spartans 15U team, along with the 14U, 16U and 18U Gold will play in the T1ER NAPHL Central Division event in St. Louis this weekend.  Games are available to watch on Hockey TV. Best of luck to all Spartan teams this weekend.